Distinguished Gentleman and The Wooden Watches They Wear

A lot of black Americans played a crucial role in the advancement of America. Their hard work resulted in special accomplishments, giving them the recognition they deserve.  These people made history in their respective fields and stand as a symbol of strength, perseverance, and prestige.

It’s Not Just A Brand, It’s A Celebration Of Black Men

What does it mean to be a Man of Distinction? We are highlighting what the epitome and embodiment of black excellence in the fabric or our brand. A man of distinction takes many forms, the wise patriarch we lean on for advice, the mentor at the local youth center and the young creative who expresses himself while impacting the world. A distinguished man is one of integrity, class, sophistication, and style. He values family, brotherhood, community, and growth. He is on a quest to lead the next generation of black men to be husband and fathers of excellence, the pillars of their community. We are more than a black owned watch company, we are apart of a movement to reshape the image of black. men.

Browse our list of distinguished black men and hear their stories, and see how they have made positive contributions to the community. Read on and let their accomplishments inspire you while browsing our wooden watch collection that is a manifestation of their character and achievements. Rege & Cheick represent the Montez men’s watch as it appeals to the young creative and the professional looking to achieve his purpose. He is adventurous and thrill-seeking as he explores the world and all the possibilities it has to offer. He sees the value of family and wants to settle down when the right one crosses his path. The goal in this season of his life is financial stability and personal growth. He is inspired by millennial fashion trends, but blazes a path for gen z fashion as he gains influence, popularity and prestige. 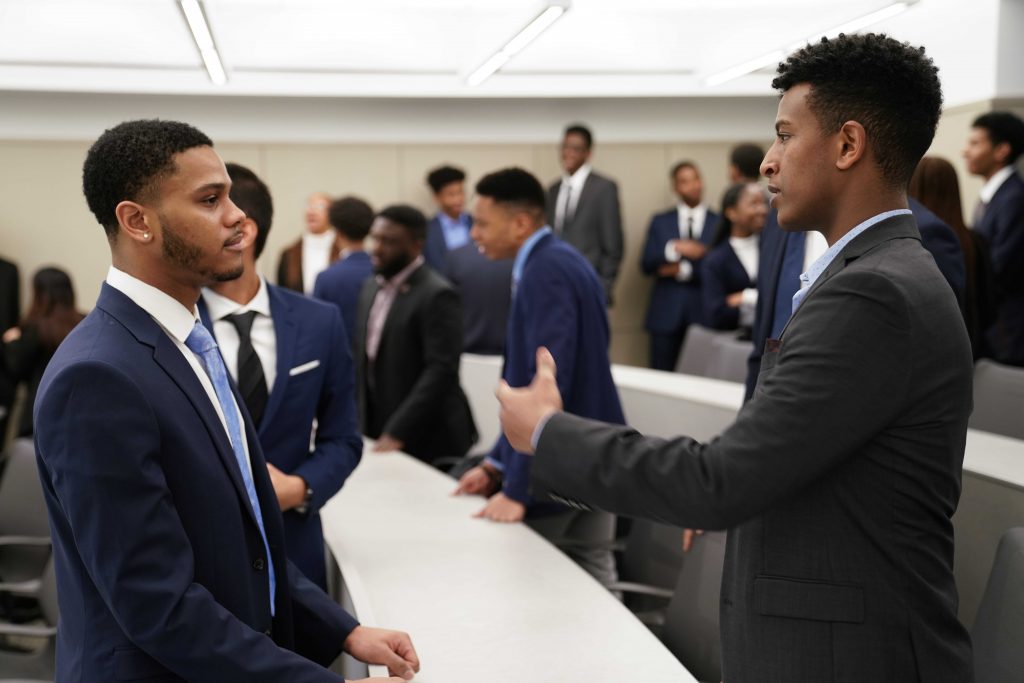 Cheick Camara and Ermias Tadesse were like all college students. They joined elite financial clubs and organizations. During this period, they noticed they're the only people of color in the club.

This realization gave them an idea. The two made BlackGen Capital, the first minority-owned investment fund. Their goal is to help students get the resources they need to land a job.

The main targets of BlackGen Capital are students of color. With their help, these students will get the education they deserve even while working. They will undergo a 10-day finance training and hands-on experience.

During their first year, 64 people now enjoy secure employment and a steady income. With BlackGen showing success, Camara remarks that he will continue to make big plans for it.

Regé-Jean Page is a rising actor, popular among people of all ages, but most especially to people who follow Gen Z fashion trends. Many know him as the Duke of Hastings, one of the distinguished black men character in Bridgeton. However, his graceful entrance to the series is almost as quick as he arrived.

Regé-Jean Page grew up between Zimbabwe, the U.K, and Los Angeles. He began acting at his early age, getting his first role as the Little Drummer Boy in his school's play. He then focused his talents on musical theater, learning a lot of different roles.

For Page, he's determined to showcase Black joy in a historical context on the screen. He feels that part of his job is to tell in-depth stories and fill them in. If we had to select a watch that is the epitome of excellence and one that embodies who Rege-Jean is, we'd say its The Robert Wooden Watch: The middle-aged father, husband and teacher. These Gentleman make for great mentors, providers of non-judgmental advice. They are actively looking to give words of encouragement and support the younger proteges proactively navigate through life while avoiding common pitfalls. He is still the focal point of a party, a really fun personality, but always maintains a personal of being stylish and sophisticated. He is always clutch for the people that call on him for support. He is serious about his family and conscious about the legacy, but prioritizes his individual quality of life above all else.

Terry Crews is a famous actor, bodybuilder, artist, and comedian. He played many characters from different shows everyone remembers with fondness. However, his journey toward stardom was a rocky one. He suffered from mental and physical abuse during his childhood.

Crews had an abusive and alcoholic father. His father's actions traumatized him and gave him a horrible childhood. Instead of letting that story define him, he used that experience to focus more on his body and football.

He later moved to L.A. to get an acting career after retiring from professional football. His situation made him penniless, forcing him to do cleaning work to make ends meet. After struggling for years, he finally got a few breaks and got a role on "Friday After Next."

From his story, we can learn significant life teachings to adopt. We should never let our past define us. Instead, believe in what we can accomplish.

Get off your comfort zone to learn how to fight through fear of uncertainty and failure. If you fail, it's always okay to start over. Use this failure to reinvent yourself for the better.

Victor Glover is the first Black astronaut to live and work a Space Station. When he arrived at the International Space Station, he settled for a six-month stay.

Before becoming a NASA astronaut, Glover was a commander and test pilot in the U.S. Navy. He got his bachelor's in general engineering, which came with several degrees.

However, it was his science teacher who inspired Glover to pursue STEM. They encouraged him to take engineering. He succeeded in his career despite his lack of initial knowledge. He is the experienced, wise pillar of the community. He is everyone’s grandfather, confidant and friend. He is know for being knowledgeable about what economics and current events. He showers his love and affection on to his wife, children and grandchildren unconditionally. He is a champion of black men and women within his community. He takes pride in being sharp, dapper, sophisticated and well-groomed everywhere he goes.

The Isley Brothers was a famous band trending on the Billboard Top 40 charts for nearly fifty years. Their fame comes from their ability to use synthesize R&B, disco, and rock elements into their music. It's what made their popularity consistent and vast over the past decades.

The Isley brothers are six boys born to O’Kelly and Sallye Isley, a college-educated, musical couple. The family sang for the First Baptist Church, and in 1954 the eldest four boys formed a gospel quartet.

When they came back together, Ronald became the lead singer, and the band moved to New York City. Their first hit, “Twist and Shout,” came in 1961 and was on the charts for 19 weeks.

Later on, they struggled to find a new hit and label to work. It made them establish a record company they named T-Neck.

Despite the breakup, they played a significant role in shaping the soul ballad and funk genre. Their journey formed various meaningful friendships with iconic artists. These include Elton John during their tour to the U.K., The Beatles, and even Dr. Dre and Tupac.

I could not help to think that a distinguished gentleman that lived in the same era of the Isley brothers also enjoyed taking a glass of whiskey or bourbon with them everywhere they went. We have a product that allows our clients to do just that. Whenever they are out around town entertaining a crowd of friends or family member. They can always kick back and take a sip of their favor drink from our whiskey flasks. Steve Harvey is a famous actor, host, and the self-proclaimed King of Comedy. His signature style is wearing a long, baggy, and colorful zoot suit. However, recent developments prompted him to change into something more appropriate for millennial fashion trends.

His most recent activity is posing in a tank top for various model pictures. These images are for his new fitness Web site, DVD, and book. The new changes have fans appreciating his new looks.

Today, Steve hopes that he inspires middle-aged men to continue striving for bodily fitness. He wants everyone to embrace it and embark on their journey toward a healthier lifestyle. Complement it with proper nutrition to help slim down and maintain healthy weight levels.

These men have put in a lot of effort to get their position in life. It proves that anyone can succeed despite various adversities. Follow the acts of these distinguished men to improve as a person.

The first step toward success is wearing the right outfit. Do you want suggestions on what men's bracelets sets, accessories, and wooden watches are trending lately? Contact us today and let us answer your questions and inquiries.